Skip to content
as seen on the streets, T-shirt Fashion
Wordans BlogMarch 5, 2010

I support a lot of causes that reflect my own beliefs and personal values. I really love the idea of demonstrating my support by wearing a t-shirt where portions of the proceeds goes to that specific cause in question… But admittedly, I often don’t end up buying anything (therefore don’t make a donation) either because:

On top of things, it’s been a little over two years now where I try to only purchase things that are made in Canada and as we all know, more often than not, t-shirts are foreign-made…

The few times where I did cave in, yes I felt great because I made a donation to a great cause, but I was disappointed because yet again, I found myself with a piece of clothing that I won’t ever wear. Has this ever happened to you?

Here’s a concrete example: The Vancouver 2010 Olympic Games. Being a huge sports fan, encouraging the development of athletes, either on a junior or elite level is important to you. Unfortunately Hbc never revealed publicly how much exactly they were donating per t-shirt-sold to the athletes (and even if you did know, would it be enough for you anyway?) So what do you do? 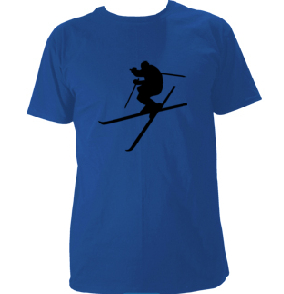 Another example: Following the tragic earthquake in Haiti, you wanted to demonstrate you solidarity with this devastated country by supporting an organization who will help rebuild the country.  You find one non-profit group that does good work, but it doesn’t sell any t-shirts. You find a second NGO but the designs are quite boring, so you find a third group but they don’t have your size at the moment you are ready to purchase. What do you do? 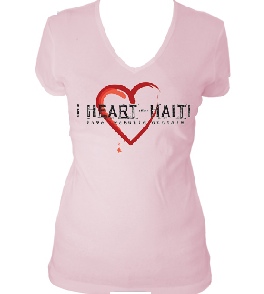 How do you reconcile ethics and morals with your own artistic tastes, all the while maintaining your own identity? On the one hand, we want to support a cause and not cheat. And on the other, we want to stand out too but not at whatever cost… It complicates things a little, no?

But then I realized it doesn’t have to be complicated. I even found a very simple solution: Choose your cause, create your own t-shirt (or personalize an existing design) and then make a donation to the cause of your choice. Your contribution will be greater than that other group who donates “partial proceeds to…”. It really is as simple as that! This way, you have total control over what you wear, the brand of the t-shirt you are using, the country where it was made, the price you paid of it and how much your gesture actually contributes to the cause. You can even offer the t-shirts to your friends whilst doing your own fundraising campaign. Not bad, huh?

Here’s some great places for you to start, to find your cause:

You only have to do a couple of Google searches to find organizations and associations who are pretty much dependant on the public’s generosity. Go! Stay authentic and do some good – all at the same time. It is possible.